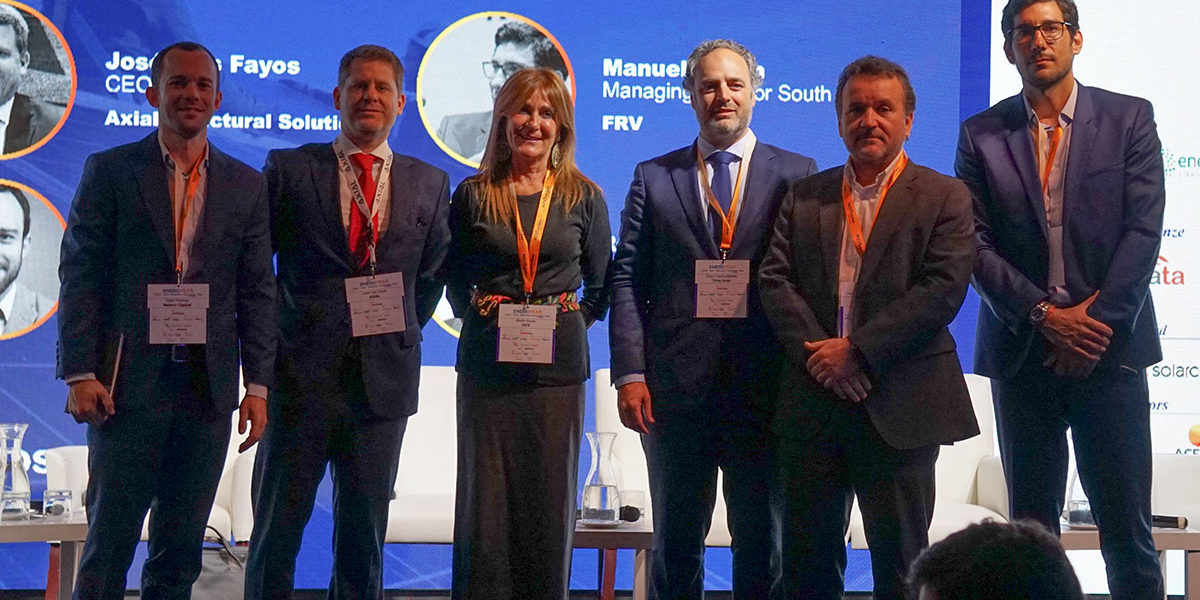 Chile is one of the Latin American countries with the most promising outlook for Axial Structural Solutions in 2020. José Luis Fayos, CEO of the company, stated during the last Energyear Conosur that “Axial ended 2019 with a significant number of projects in the country and in 2020 we have started with a large volume of projects underway”. Company which is currently consolidating his Solar Tracker with Blocking System in Chilean projects.

The good news is that this presence of renewables is increasing and at a very fast pace. From 7% of renewable energies in 2014 to 17% in 2017. This growth is due to different factors of all kinds: from political decisions to geographical conditions and technological implementations.

STRONG PRESENCE OF AXIALTRACKER WITH BLOCKING SYSTEM IN CHILE

A scenario in which Axial Structural Solutions has been one of the main players. In 2019 alone, the company commissioned 75 MW in PMGD solar plants in Chile with a strong implementation of its AxialTracker solar tracker with Blocking System.

In a country that has clear skies and one of the highest solar radiations in the world, investing in solar trackers is a commitment to energy efficiency. And more with the guarantees of the AxialTracker with Blocking System, a blocking system that offers great security guarantees by minimizing the dynamic effects of the wind and ensuring, at the same time, maximum technological efficiency since it avoids micro fractures in the panels by eliminating the torsion in the axis of rotation.

And in 2020 the trend will continue to be upwards: so far Axial has 103 MW under construction among different projects in the region in which the AxialTracker with Blocking System will continue to play a key role. “Since 2013, when we started our operations in the country, we have gone through a very important learning curve, positioning ourselves as a reference supplier of solar trackers for the photovoltaic solar industry in the Chilean market”, explains José Luis Fayos.

An example of this is a project that the company currently has underway in the Atacama Desert with an 87 MW wingspan that will use the AxialTracker with Blocking System as its tracking technology. Five more projects complete Axial’s schedule in Chile for this year, in addition to several tenders that are pending award.

The advantages that the Blocking System technology will offer all these ongoing projects are clear, Fayos explains: “The solution designed by Axial, in addition to addressing the problems caused by wind in the structure of the solar tracker, increases the safety of the product during its life cycle thanks to the reduction of movement and vibration, which also minimizes the problems of micro-cracks in the panels”.

SERVICE AND ATTENTION TO CUSTOMERS AND PARTNERS IN THE REGION

This strong projection of Axial Structural Solutions in Chile and its progressive increase of projects under construction has also allowed the inauguration of a headquarters in the Chilean region to improve after-sales service and quick access to spare parts and installations. The objective is to commit to better service and attention to Axial’s customers and partners in the country.

Actions such as these are what allow the company to add value to the projects it is involved in in the country by providing even closer attention and exhaustive monitoring of each project. “Axial has come to Chile to stay”, says Fayos, referring to the enormous opportunities that the solar company has in the region.

New solar tracker with Blocking System, a revolutionary system that minimizes the aerodynamic effects of the wind
20 June, 2019

Axial Structural presents in Mexico the AXIAL Tracker
25 May, 2018
Go to Top